**In a beautiful way this motto is found in the Blessed Virgin Mary’s words, “Be it done to me according to your Word.” (Luke 1:38)

Christ is the King of the Universe….is He the king of yours?

A few weeks ago I had supper with a close seminarian friend of mine, Frankie, and we ate supper at Piatti Italian Restaurant & Bar. As we began to enjoy the experience, from our friendly (and highly engaging) waitress, Wende, to the amazing food presented to us with style, Frankie and I launched into a discussion about the nature of food. He remarked that food is something that is intimately part of his ethnic background (Italian) and that the process of cooking food should be, in a sense, analogous to “falling in love.” Time should be spent getting to know the food as you prepare it. That process begins a journey that the more you know the food and understand it, the more you will enjoy cooking it and ultimately you will relish eating what you have prepared (espeically if shared with other people). The whole process, from an idea to the plate, should be enjoyed and not simply rushed through. In our current world of instant gratification and an attitude of busyness, one can easily overlook the depth that is missed in the process of cooking and eat quickly and run to the next thing on the to-do list. So that evening I took a mental step back and allowed myself to just enjoy the meal and friendship and was blessed with a nourishing experience. 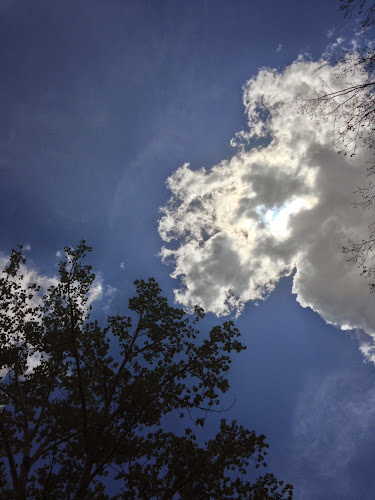 That meal has since put an image to a challenge I am facing. I, too, have been occasionally caught up in the attitude of busyness, of “getting through.” I had a heavy academic work load this past year and the year itself was less joyful than it could have been. I “got through” the reading, the homework, the papers, the exams; it was mentally exhausting. Sometimes I forgot to enjoy the moments in life as they came to me. I focused on the end goal of finishing and didn’t always live fully in the present. Near the end of the spring sememster, I went for a walk with Andy (a close seminarian friend) and as we walked around the block talking about nothing in particular, he became fascinated with some ants piling up on the sidewalk. I became fascinated by his fascination. He had stopped our leisurely walk to become engrossed with the beauty of nature around us, something that I was, in the moment, oblivious to. Andy reminded me of something incredibly important in the spiritual life that day: that the beauty of God is always around us and so is His presence, we need only to remind ourselves of this daily so that we can relish the small moments in our days with God who is always present. 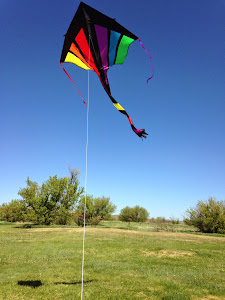 This past week I have been living more “in the moment.” I have cooked homemade buffalo wings and last night made homemade dough for pizza while listening to Star Wars on a record player. I also picked up flying a kite to just mentally step back to enjoy this awesome life I have. Granted, it is easier to “live in the moment” when I’m not stressed about upcoming papers or exams and when I’m sitting at home spending quality time with my family, but it’s good practice for when the academics come again (and they will) or when future ministry proves stressful and seemingly overwhelming. It’s these experiences that I will fall back on to remind myself just how close God is during each moment in my life, even amid a stressful and hectic life, which is sure to come. 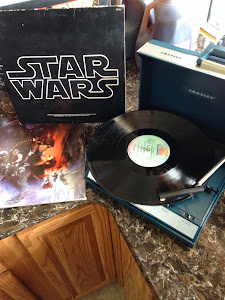 So once again I’m trying to get a blog going and this time I think I may have something that I want to stay with. The Roamin’ Catholic Seminarian… to chronicle my life and its many journeys throughout Wyoming and the rest of the world, specifically when I’m in Guatemala this summer and elsewhere in the future. (Plus it’s punny…get it?)

So to kick it off I wanted to share a brief look at my life this past year in seminary. I was in 2nd Theology this year at St. John Vianney Theological Seminary in Denver, CO and wow, what a year! Many graces came my way during this year including a newfound interior freedom to love myself, new friends, new theology classes, new mountains climbed, new trails hiked, new races run, and new places visited. It was quite a busy year.

If I were to synthesize my year I would have to say that, interiorly, it was characterized by a spiritual movement of love to accept the person God created me to be: a Beloved Son of the Father. I spent the time unpacking the graces received last summer at the Institute for Priestly Formation (IPF). At IPF I was blessed by experiencing an 8-day Ignatian silent retreat where I was able to encounter God the Father in a way that I had never experienced before. I learned how to receive the Father’s love for me and began to finally see my life in a radically new way: my life, with all its triumphs and trials, is not bad or corrupt (because I know my own failures), but is a blessing and God is using it to reveal His glory. My own sufferings will only help me in my future priestly ministry to bring others to God’s healing love as well. My semester at St. John Vianney was an unfolding of that primary grace. I readjusted back to seminary life easily and made some incredible new friends. I found myself much more comfortable just being me, which hasn’t happened in a long time. I managed to get outside a fair number of times, hike a mountain (Mount Bierstadt), find some geocaches (Roxborough State Park), run a few races (the Run Denver series) and still felt like academics were a little too much and preventing me from heading outdoors. I also was assigned to a local parish, St. Vincent de Paul, and was involved there and met the wonderful parish family and was blessed to minister there. The primary spiritual push from God this spring was to encourage me to learn how to enjoy God in the individual moments of life, even amidst the crazy, stressful, and hectic academics that were occurring.

Right now I am home for just a couple of weeks, soaking up as much vacation as I can, allowing myself to be renewed and rejuvinated by God before witnessing the priest ordination of my fellow seminarian brothers, Deacon Brian Hess (see his blog here) and Deacon Bob Rodgers in the middle of June. Then I’ll be headed off to Guatemala for 8 weeks for a Spanish immersion to learn the language and the culture where I will hopefully be able to update my blog for you all to keep you informed of my progress and, of course, to share pictures!

Enjoy the barrage of pictures below from my 2nd year of Theology in Denver!

Until next time!
-AK